If anyone ever has the privilege to go to Melrose Road, Southfields, SW (former address, now changed to 16 Gressenhall Road – ed.) on a weekday, then you would hear in a western accent the sound of ‘Allah-o-Akbar’. In this area, the caller to prayer, calls Muslims to the London Mosque five times a day.

This voice is of a 42 year old man who used to work in Lincolnshire and is friends with Gracie Field (well known International singer 1930’s-50’s – ed.). His name is Bilal Daniel Hawker Nuttal. He is the first British person to call Muslims to prayers in Britain (this could be disputed as may of been done by an Englishman in Liverpool before him – ed).

Bilal was given this name because in the time of the Holy Prophet, peace and blessings be upon him, the person who called the Muslims to prayer was also called Bilal.

Bilal Nuttal calls to prayer from in front of the mosque in his lounge suit while wearing a Turkish hat. He faces towards the east while calling to prayer.

He says that ‘the noise of people and the trains is a disturbance to my dedication. On one side there is the noise of the trains passing by and on the other there are children who are playing in the fields nearby.’ He also said that ‘giving the call everyday is to safeguard the importance of the call to prayer. Otherwise Muslims live in all areas of London, out of them, only a handful live in the area of Southfields. On Sundays or on any special occasions there are about two hundred Muslims who gather at the mosque for prayers. It has been about fifteen years since I converted to Islam, Ahmadiyyat. I served in the first World War where I saw an Arab for the first time, and now my heart yearns to go and perform the holy pilgrimage of Hajj.’

Bilal’s conversion date should approximately be around the 1920s. 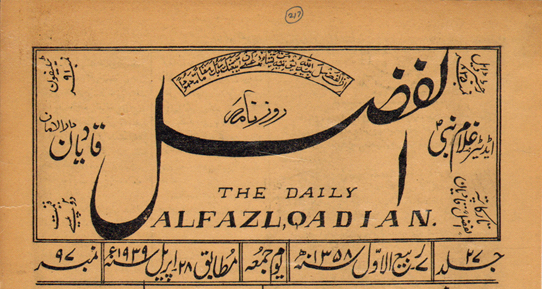 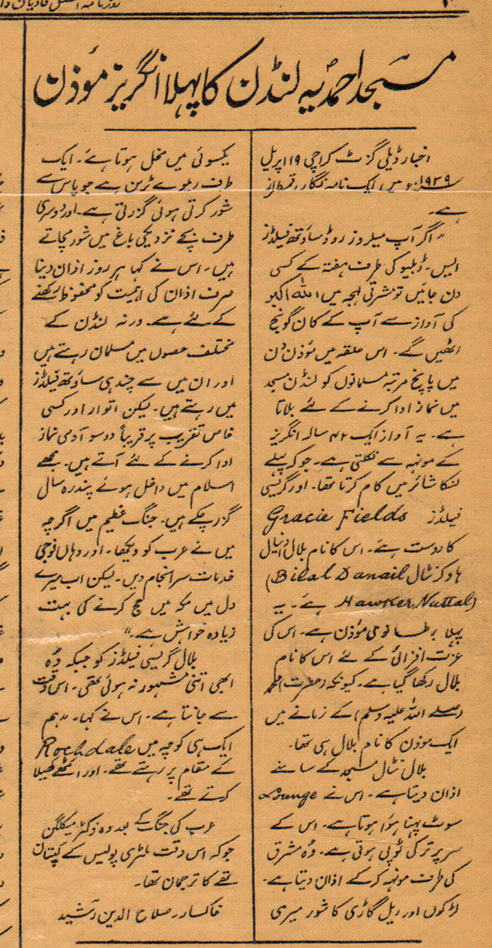